Quick and Easy Masks to Make

I along with my family have been invited to a masked party tomorrow evening to celebrate a friends 40th birthday.  Since I finished paid employment last June we have quite a tight budget to stick to in order to still be able to save for holidays, etc.  Therefore doing a masked party on a budget was a bit of a challenge - something I never really shy away from.  I have managed to get nice dresses in the sales for both my daughter and I, and my son purchased a smart t-shirt with a collar (as close as I could get to getting him a shirt) with a voucher he had for Christmas.  We have been loaned a beautiful mask for my daughter which matches her dress beautifully, my gorgeous son is just not one for dressing up so his mask he has decided will be his glasses!  So that just left dear husband and I - so this morning I headed to Hobbycraft to see what I could do, returning (with only what I needed!) 40 minutes later ready to make. 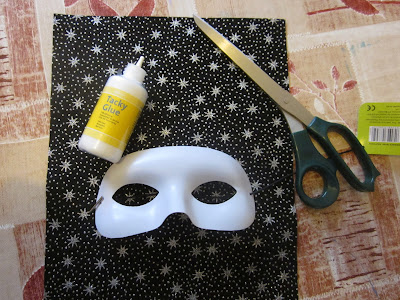 Firstly I cut the piece of felt as I knew I wanted it larger than the mask (they are very small) but didn't intend to make them as long as the felt was.  This was going to make handling the felt and it moulding around the plastic mask much easier. 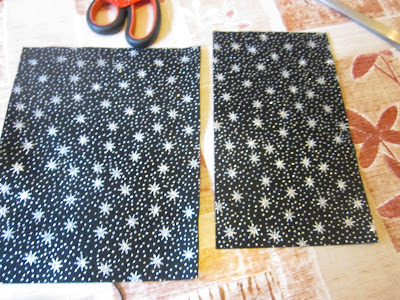 The it was time to cover the plastic mask mould in tacky glue.  I put a little too much on the first one I made which meant some of it has seeped through the felt, however I'm hoping as it dries it won't be too visible, and certainly in low lighting at a party it won't.  The amount I put on here worked just nicely. 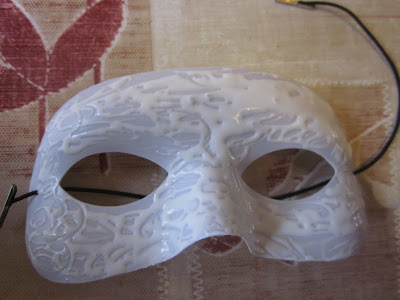 Then it is time to start pushing the felt around the mould - this is the only really tricky bit and as with all good things just needed a little patience. 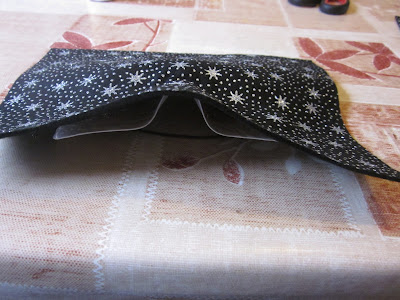 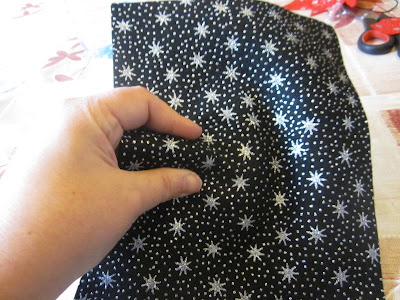 You might find as you are doing this, you think you have just got a bit to stick only to do another bit and find the first bit has come off again like in the picture below - but do not despair.  The glue takes quite a while to really dry and so you have plenty of time to reapply pressure.  All together this stage probably took about 5 minutes, holding the really tricky bits like around the nose for a good couple of minutes alone. 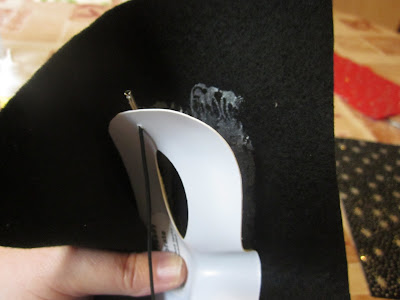 When you are finally sure that it has stuck it is time to cut out the felt to the design that you wanted.  Keeping with the theme of my felt I just wanted a star burst sort of thing.  You could cut out the design on paper (or print off something you find on the computer), however I did my first one free form just snipping away and wanted my second to be similar.  I therefore put the first mask over the second and got snipping. 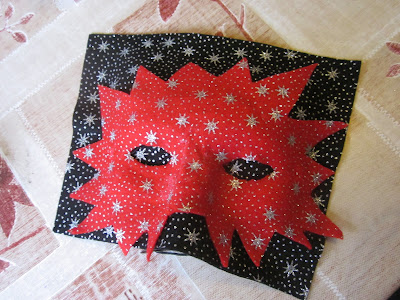 As you can see I didn't quite do my second piece of felt long enough, but just a little more improvisation was required. 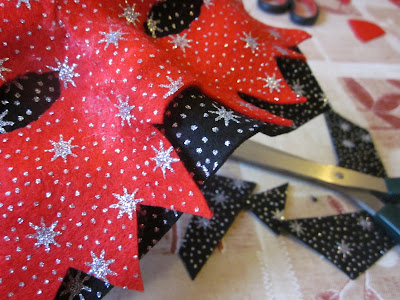 Once the outline was finished being cut out, it was time to do the eyes.  I did this my making small snips on the wrong side and following the eye shape on the mould keeping the felt just a few millimetres longer than the mould, this way the white won't show through. 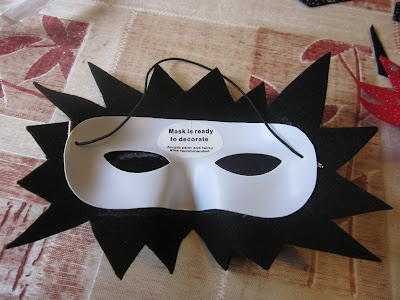 And voila - my two masks for under £5.00.  I am quite excited about wearing one now.  I might even post a photo either here or on my facebook page to show us all dressed up and ready to party tomorrow. 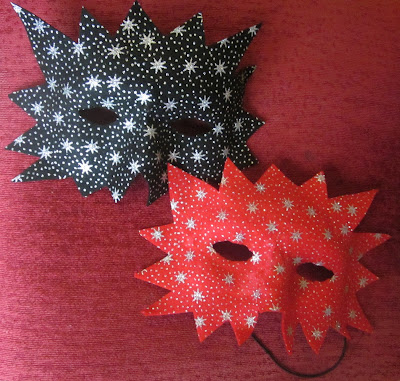