Blanket number two - the square one. 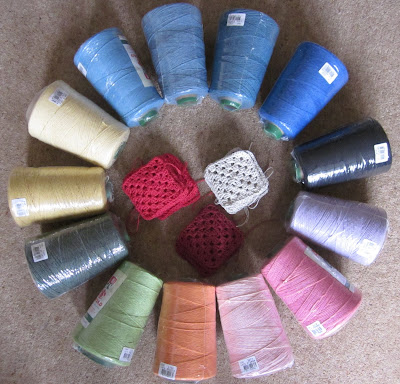 After finishing my last blanket in my previous post I started another one, the three colours in the middle were left overs of this type of yarn that I had left after from another project (still needs finishing - Mondays job).  I had seen this image on pinterest

and the colours inspired me so more yarn was purchased and on with the squares I got. 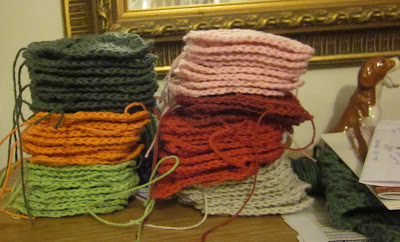 I started off doing 8 of each colour, except for the dark red, I only had enough for 5 of those. 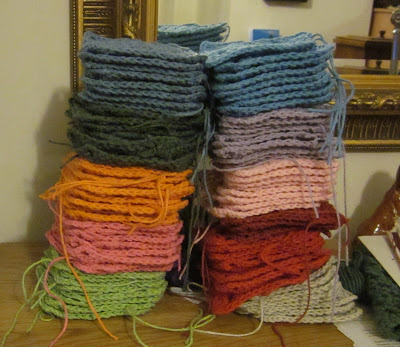 I loved watching the piles grow.  At about this stage I worked out how many squares I was going to need, I decided on doing 9 x 15 which meant I needed 9 of each colour.  I decided to do a bit of a time watch on this project, I could do 6 squares in an hour, so by the time I had done 135 it had taken me approximately 22 hours. 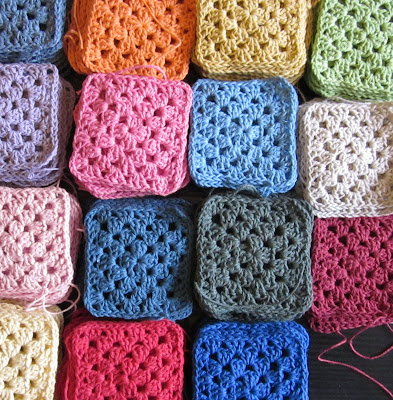 I was now ready to start hooking them together with black.  Each row took me about an hour - so that was another 15 hours work. 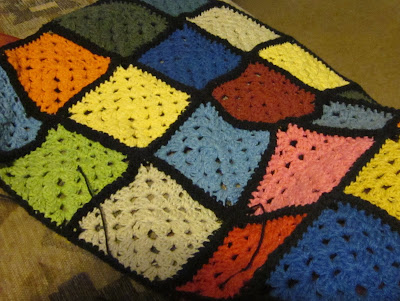 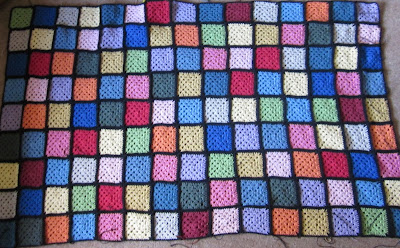 But was so worth it when it was done, so this is the result of approximately 37 hours work. 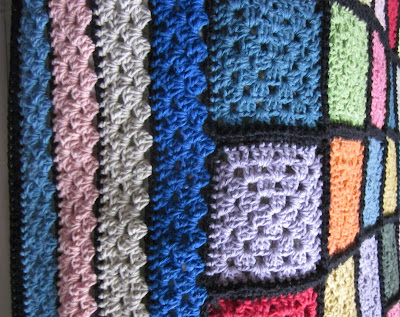 I then needed to put on a border, I chose to do four rows of four different colours.  I am doing this blanket for my niece and she chose the colours for the border, I think they look lovely together.  This was then completed with two rows of half treble crochet.  Again each row took me an hour (plus the black in between), so that was another 22 hours.  So in total I spent approximately 59 hours, which I did over 3 weeks.  I am quite proud of that!  Are you ready for the final ta-dah?  Here it is 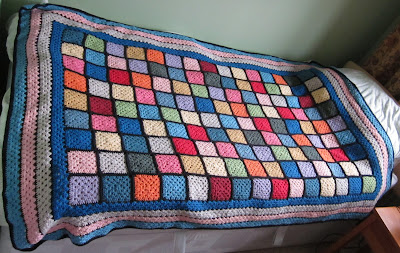 Now it just needs folding and wrapping ready for a special birthday on Thursday.