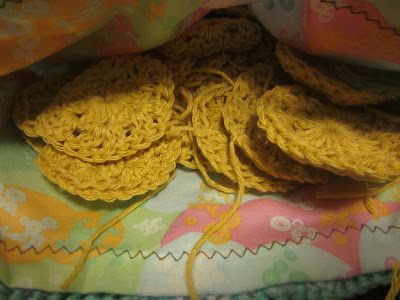 Back at the end of January I posted a peak of these tiny little emerging hexagons.  I had been thinking for a while of what I could make my son.  As a 13 year old boy he is quite difficult to buy anything for that isn't a gadget, never mind MAKE something for.  Then it came to me - a blanket.  The reality is it will only be another 5 years before he is (most likely)  going off to university (he is a bit of a maths/science genius if i do say so myself) and I wanted to give him something that will last.  Giant hexagons just seemed to fit him.  We had also just put up a new blind in his room  and I felt the whole room needed a bit more colour. 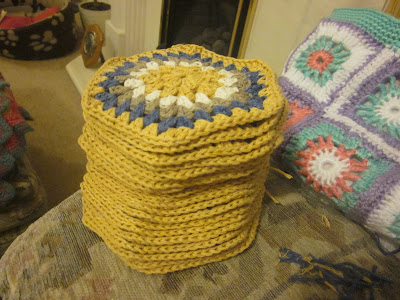 They slowly started to grow.  At this point I had also worked out that if I did them about 12 inches big then I would only need the amount that I had already done (32) to make a whole blanket - easy maths! 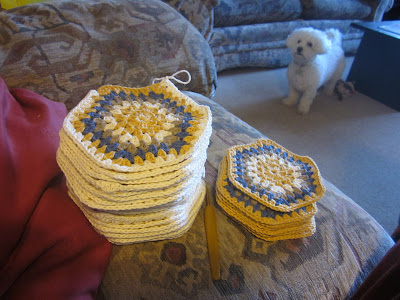 I did at this point have to purchase some more yarn! 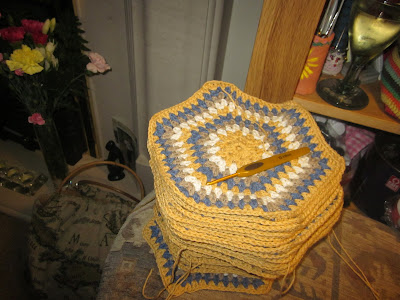 Until finally they were ready to put together 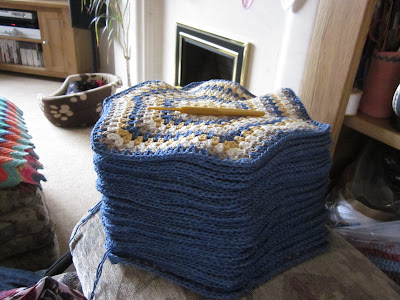 The pattern I used was very simple I'll have a go at explaining it using UK terms :

Does that make sense?  Do let me know if I have written it down wrong.  You can then continue until you have enough hexagons to do what you would like to do. 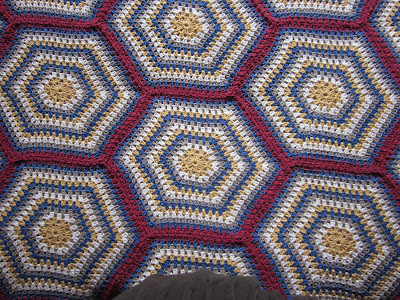 I had to complete 6 half hexagons to finish the sides neatly before doing a border: 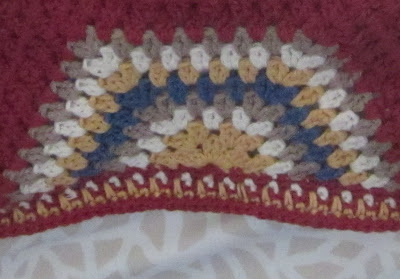 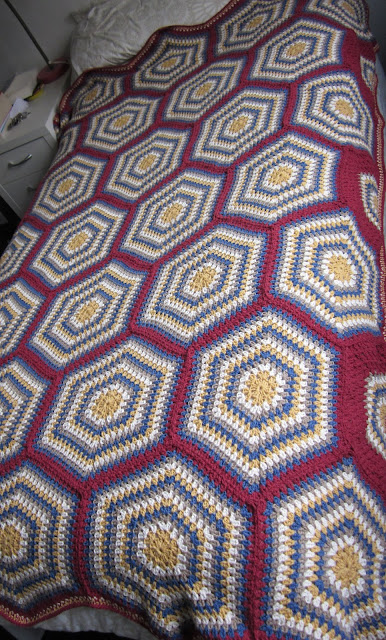 Completed in just one month.  There is one thing for when there is crisis and tragedy occurring in your family life, it can sometimes help you to concentrate on your crochet!