THE Wedding Dress - Part One.

Back in July 2012 a very lovely lady called Jem that I used to look after from time to time along with her younger sister when they were small, announced that she was getting married.  Her sister Amy had been my bridesmaid and loved the little gold dress that I made her, and immediately said I MUST make her wedding dress (she was about 9 years old at the time).  With this in mind, I offered my services to Jem in any way she might be able to use them.  Being the lovely lady she is, her thanks were profusive, however her head was still in the clouds from the proposal and no more was said.

Roll time forward to March 2013 and an exasperated facebook status from Jem who cannot find herself a wedding dress.  You can read her version of how the dress hunting went along here  you need to scroll down to the Chapter 4 (though I am sure you will really enjoy all the wedding posts!).

She sent me through these two photo's and amazingly it did not put me off (maybe I had, had a glass of wine) 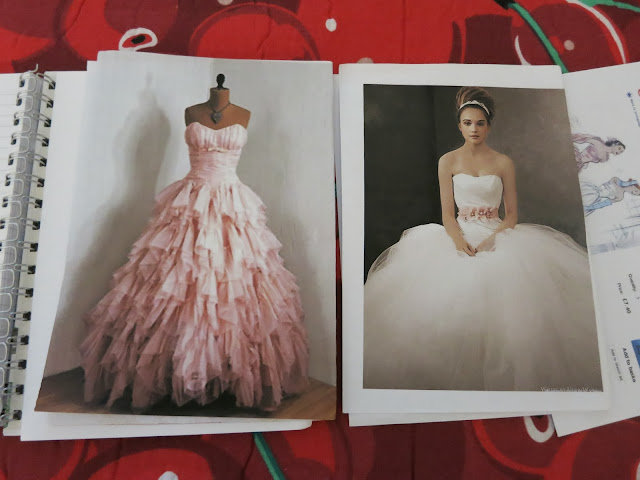 We then arranged to meet up together in April to discuss what she wanted (after trying on lots in shops).  After a hours of chatting and even discussing the possibility of cutting up her mummy's wedding dress, I had a rough design idea and some measurements. 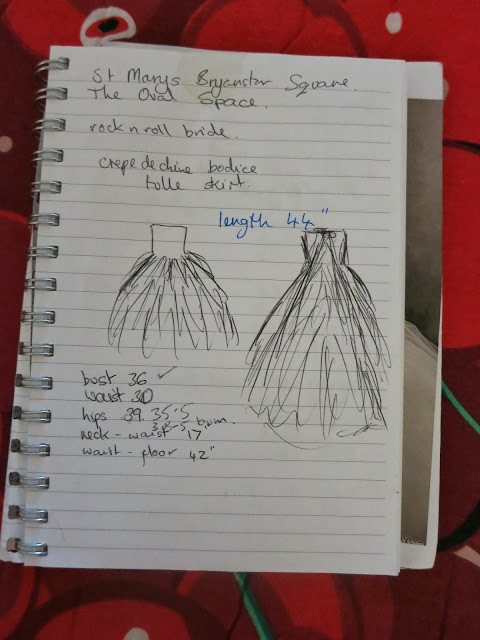 You may notice in my scribblings the details of where she was getting married, I thought this was important to consider as I knew it was going to be a BIG wedding.  I took my scribblings home and looked for a pattern that I could base the design on.  The first one I found and purchased on ebay did not arrive and I was duly refunded.  This left me in a bit of a panic, however I eventually found this one and though I hated the pictures on the front, I could see that it was the basic design was what I was looking for. 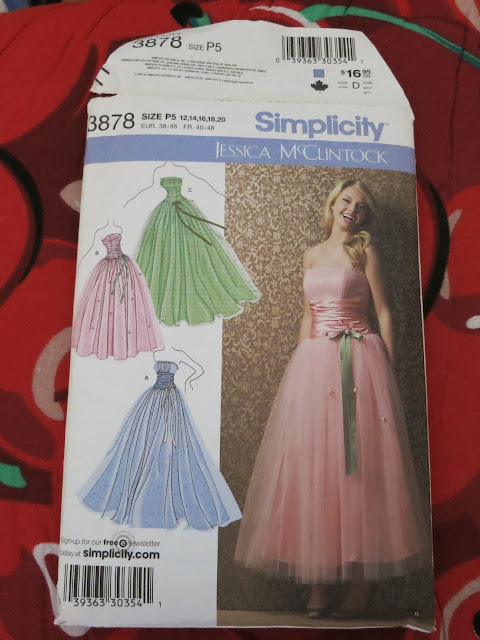 The next plan of attack was to make a mock up of the dress using some cheap fabric, that the bride to be could try on so that I could check the measurements of the pattern. 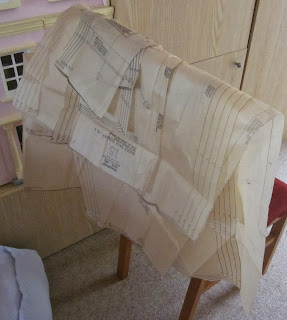 First though was the cutting out of the pattern. 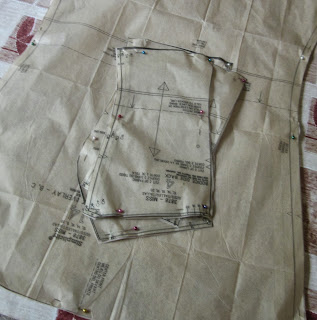 Then the trying on.  This is a picture of her wearing it - I think I gave her the fright of her life - as it was sooooo full because of the fabric I used that she felt like a meringue. 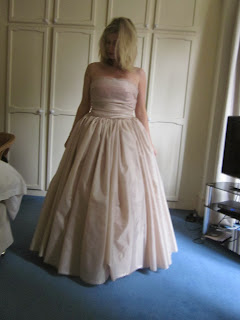 But I felt that we had the right pattern and so forwards we went.  We were already into July by this point because Jem had a tour in Germany to complete in June, so the next step was to go and purchase some fabric.  I had got some silk samples from on line shops, however this sort of fabric (costing this much money) we HAD to go into london and peruse the wares of Berwick Street in London.

So a jolly pleasant Saturday morning, an amazingly helpful man in the Berwick Street Cloth Shop, and a much lighter purse (for the brides mother) later we had a lovely little package.  Here is bride to be and her lovely mummy with the bag of goodies. 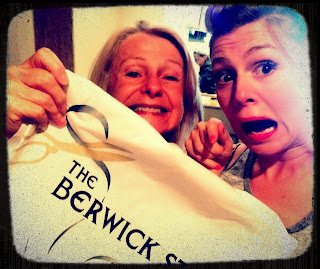 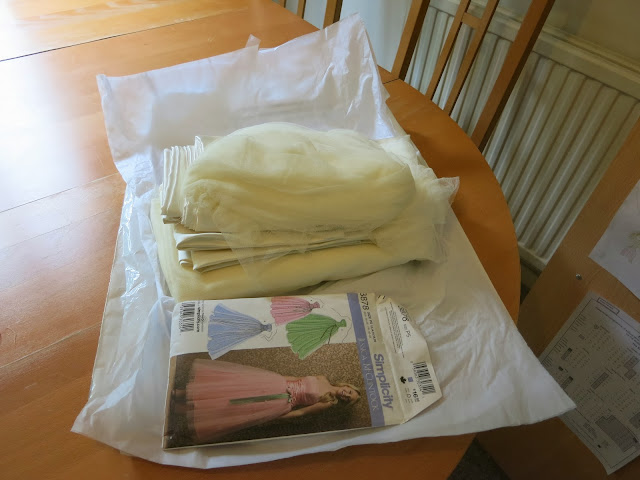