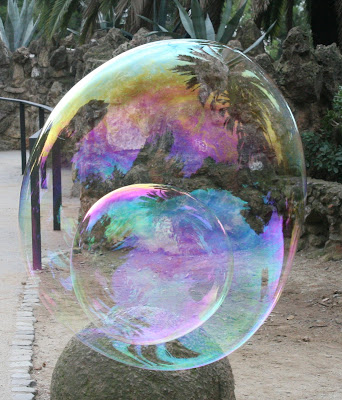 When we travelled to Barcelona last year I spent an age watching these bubbles being made by a street entertainer in Parc Guell.  I was reminded of these giant bubbles when my daughter came back from a party yesterday with some bubbles with quite a large wand. 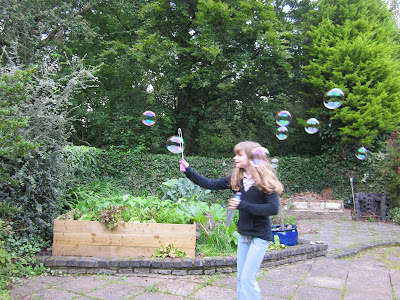 She spent ages playing with them until the bubble solution was all gone.  She asked me if I could make some more bubble solution for her which immediately brought those giant bubbles to mind.  I had said to the children at the time that it would be fun to try and make these giant ones and had taken note of the materials the gentleman was using. 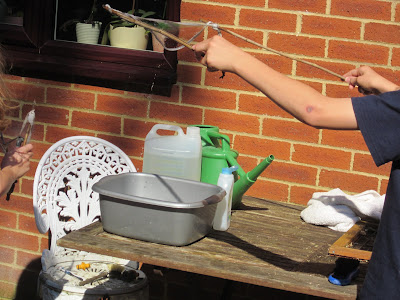 It was basically two rods with a laces wrapped around them - I'm sure his were probably properly secured which ours were not but then I was having to try and work at the children's speed of I want to do it now!  Anyway they both found some broken garden canes and we rummaged in the shoe polish box and found a couple of old laces.  The washing up bowl and a lot of washing up liquid was commandeered and a watering can full of water to help get the mixture just right. 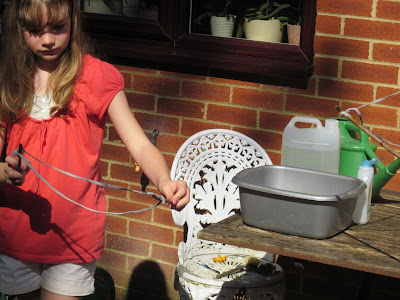 You can just about see in the picture below a large bubble being created - we also tried putting both the laces together to make a bigger bubble, this was not quite as successful as the laces kept slipping off.  We will definitely be having another go at this and it kept them occupied and happy in the garden for a good couple of hours - tweenagers having fun outside! 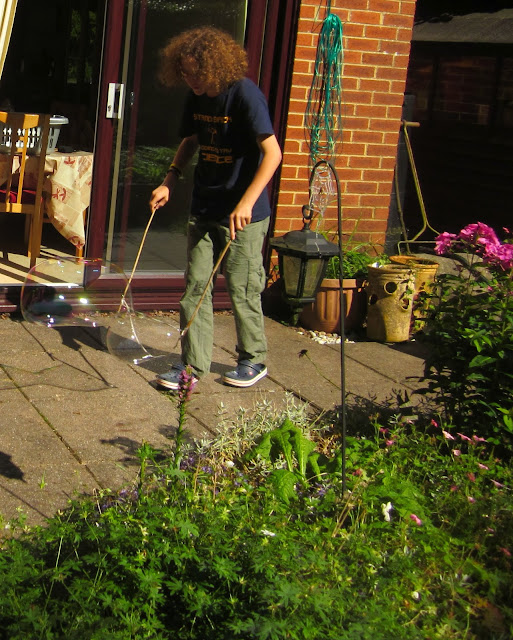 Email ThisBlogThis!Share to TwitterShare to FacebookShare to Pinterest
Labels: bubbles, children, outside fun