Is cooking a craft - well for the purposes of this blog it is for me!  Last week my hands were sore and my eyes consumed with the tennis on the television (Wimbledon) so not a lot of hooking went on, I did however get a little bag made for my 8 year old niece's birthday, I hope she liked it 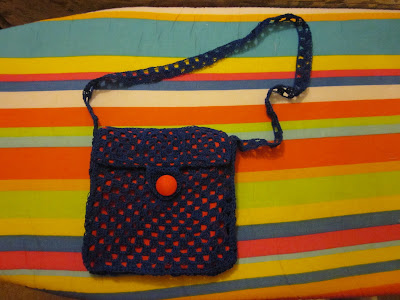 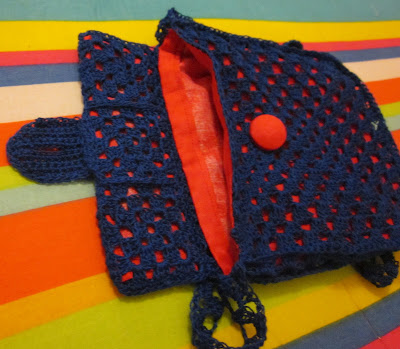 It is simply made from 2 large granny squares, 6 small granny squares (to make the flap), a strap with a button hole in and a long long long strap that doubled up as the shoulder strap and went in between the squares to give it a little more depth.  I then made a fabric liner and covered a button.  I am so pleased with the result that I am in the process of making one for myself!

I did get into a bit of cooking last week.  I decided to have a go at making some bean burgers from scratch. My husband and I have been vegetarian the whole time we have been married (16 years) and our children have been raised as lacto-ovo vegetarians as well.  One of my goals after stopping work a couple of months ago was to make more food items from scratch to try and eliminate more unnecessary food bulkers and preservers entering my body.  I went and bought a bag of dried pinto beans.  Thinking big I decided to cook the lot with the idea that I could then freeze burgers to use at a later date.

First they were rinsed. 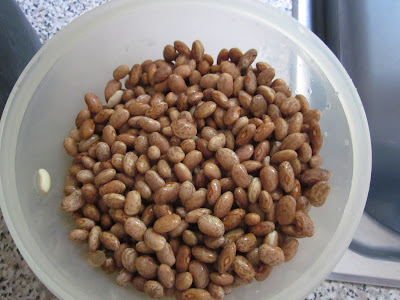 Then they were soaked over night. 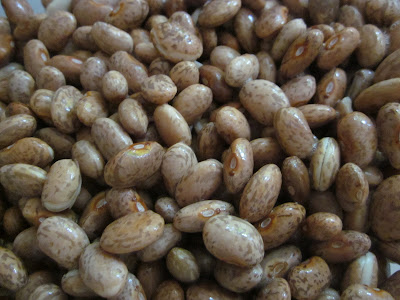 Then they were boiled for 40 minutes. 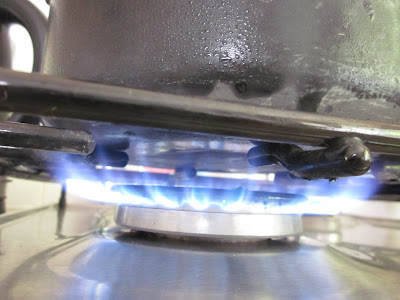 I gathered some ingredients from the fridge after looking at some recipes on the Internet, garlic, onion, carrot, eggs. 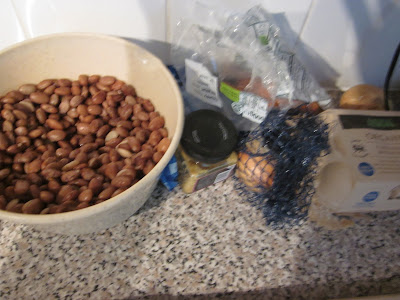 I did realise it would be wiser to make a small batch first to find a recipe that we all really liked, so all the ingredients were thrown into the food processor, scooped by hand into pattie shapes and fried in a little oil. 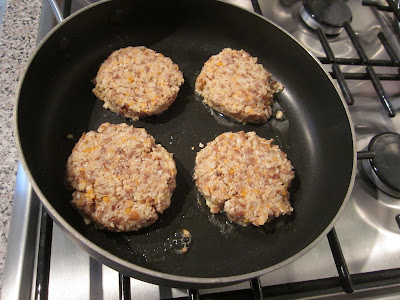 I don't have a picture of the finished product as the kitchen filled with people as the smell went around the house and they were whisked off to be tried the minute they were finished.  We all agreed they were just a little dry and need some herby flavours added to them.

Unfortunately my energy levels disappeared after doing this so after a little more research I discovered that you can freeze boiled beans in their liquid - why had I never thought of this before.  So I packaged the remainder into three quantities, just enough for 3 more burger meals (or anything else for that matter) and hid them away in the freezer.  The only disadvantage over using tinned beans I can foresee now is the matter of remembering to get them out of the freezer to defrost them - maybe one stand by tin in the pantry would be a good idea still.

I stumbled on another little idea while doing all this, while the beans were stinking the house out during their first boil, I thought I might as well put the dishcloth on to boil at the same time as that always makes a stink as well. 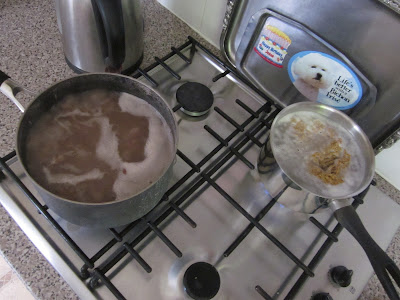 I also needed to make bread so after putting the beans and the dishcloth on the stove I got my bread making ingredients out and filled the bread maker. 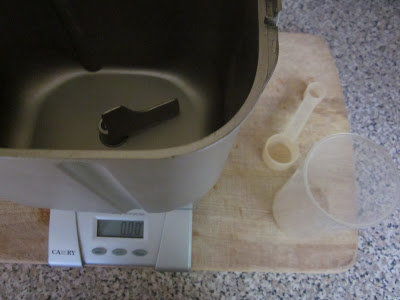 After the beans and dishcloth were done I had to go out for a while.  Just imagine my surprise when I came back in and realised that the horrid beans and dishcloth smell had gone and instead the beautiful waft of freshly made bread reached my nostrils - ahhhh - I shall try and remember to do that again! 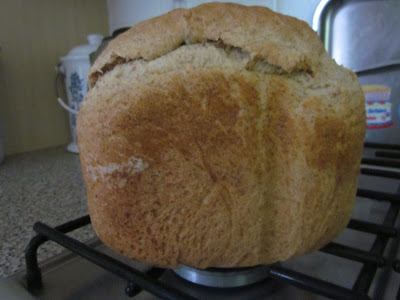 Here is a sneaky little peak at my next project can you guess what I am going to do with this?? 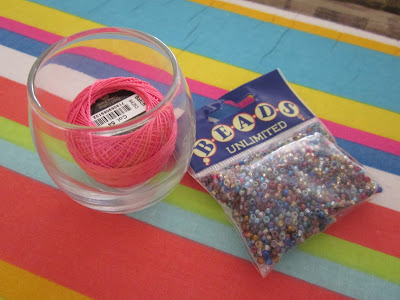