My first (and sort of second) Craft Fairs.

In November I did my first ever Mrs Craftypants stall at a local secondary schools craft fair. I got a good stock sorted and even did a little paper mache - can you guess what I was using these for? 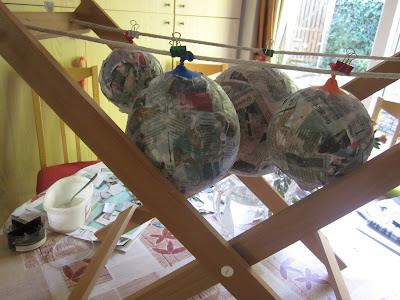 Heads for displaying my hats of course! 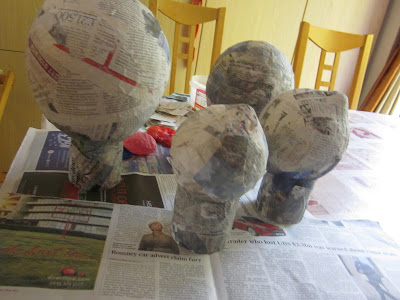 It never fails to amaze me what you can do with a bit of flour, water, balloons and a card board tube.  All fitting in nicely with Mrs Craftypants's ethical and environmental stance.

The day before I was all set and ready. 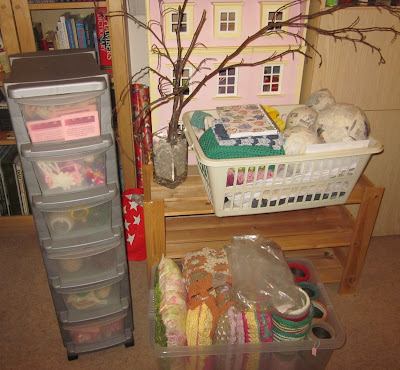 My mum was coming with me to help me set up as I knew I wouldn't be physically able to do too many trips to the car as well as manning the stall for 3 hours. 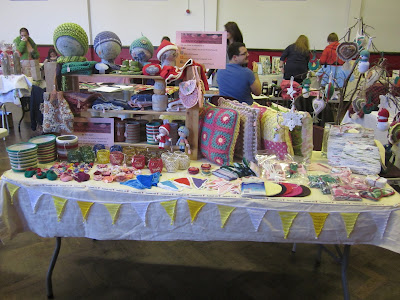 In just under 3/4 of an hour my stall was ready and I was feeling quite pleased with myself.

Unfortunately the pleased feeling did not last.  I covered the cost of having the stall and a little bit more but it was very obvious that there just were not the people coming through the door.  I was a little relieved to find my neighbours were not having any more joy, which helped to stem that nagging 'Oh no people think it's rubbish' feeling that was trying to get more head way in my consciousness.

There were things a learnt that made the day worth doing.
So with that experience behind me I then spent some time pondering what to do next to sell my wares.  I have my folksy shop which greatly increased it's stock after the craft fair.  That has been providing with me with slow and steady sales.  There were other school craft fairs I could have tried getting in to, however that first experience physically took so much out of me I was not at all keen.

I then had the idea of having an open evening.  Quite a few friends had been asking me about seeing my stock for Christmas gift ideas and hadn't been able to get over to that first craft fair.  I mooted the idea on my facebook page and got some positive feedback so decided to go for it.  I was then approached by another friend who trades with Phoenix cards, she asked if she could come and join forces with me.  So she did, and what fun we had.  I sent facebook invitations out and printed some out as well to give non-facebook friends and for people to pass on to others that might be interested.

I tantalisingly offered mulled wine and mince-pies too, this was turning into a good excuse to get to see lots of friends that I hadn't had chance to catch up with in a long time.

The evening arrived, here are Fiona and I ready to go (even the dog wanted to get in on the action).

Here are some pictures of our tables full of wares. 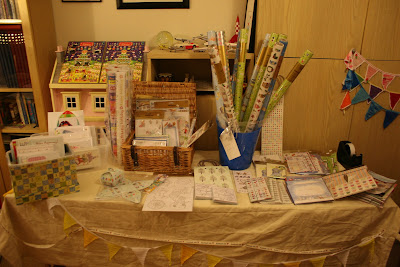 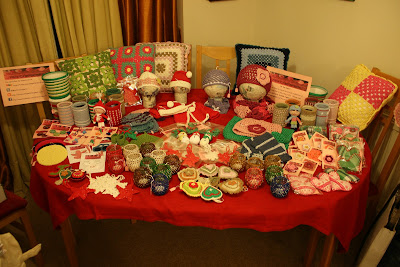 It turned out to be a most successful evening.  I took more than 12 times what I had taken at the craft fair - all in the comfort of my own home.  By far though, the best part of the evening was getting to sit and chat with friends who I hadn't been able to properly chat to in far too long.  It really was such fun that I think we might just do another one before next Easter!