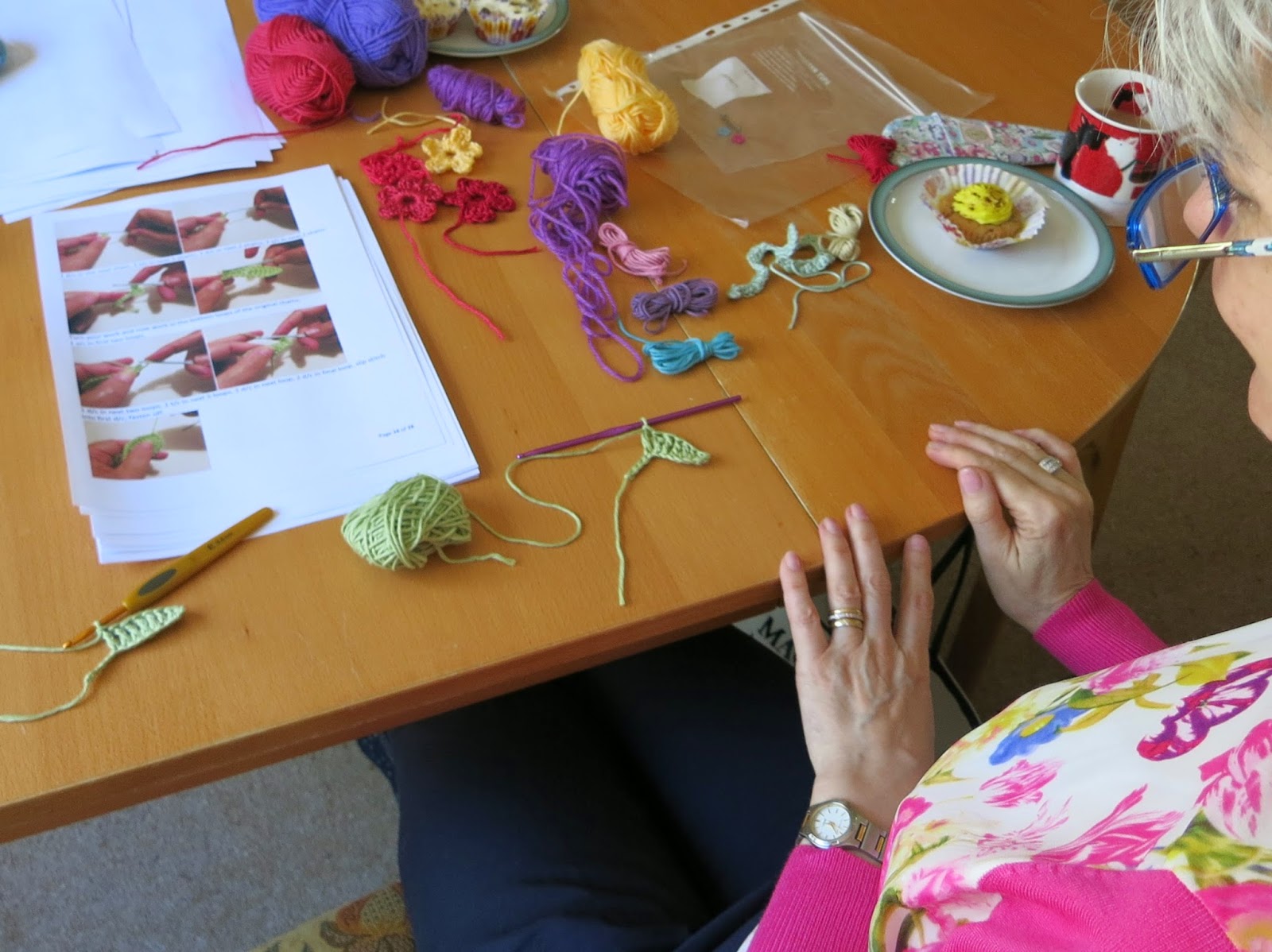 It's been a full on week since I last posted!  I had a lovely follow on session with one of the lovely ladies that did my crochet flower brooch workshop.  She had been practising her flowers well and was able to complete a whole one in just 20 minutes as a warm up!  We then set to reading the pattern to work out how to make the leaves and ....... 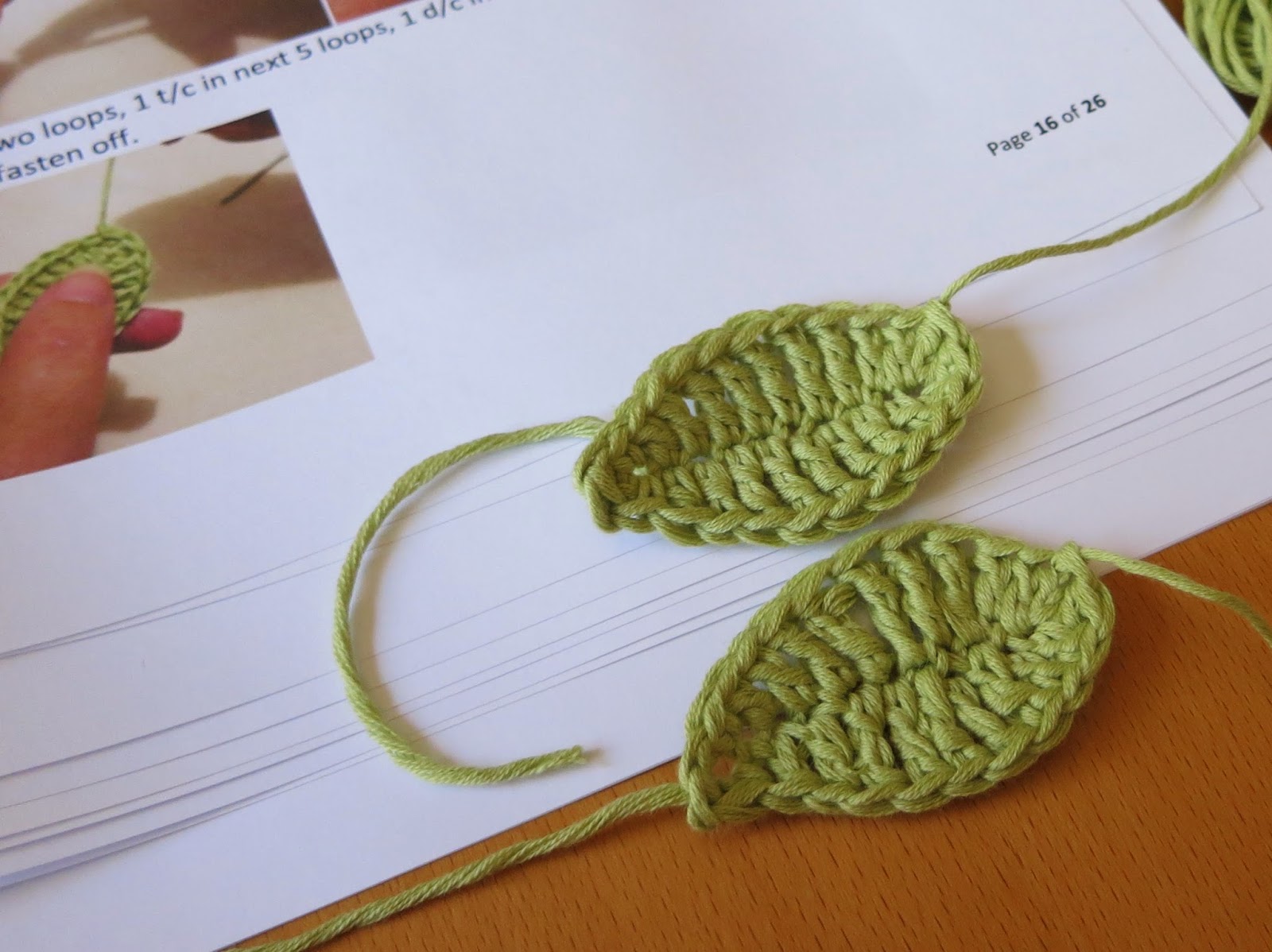 as you can see much success was had!  Crochet is definitely something you have to be willing to persevere at before it feels comfortable and Jane B is doing a great job!

The next project I had to get ready for was for a new cafe that was starting off at one of our churches.  It is called the Beacon and is going to be running  every couple of weeks.  I have volunteered to run some crafts for any one who wants to get involved.  There is also someone offering massages and there will be lots of other interesting bits going on as well.  As I had no idea how many people were likely to come along I decided card making would be a good first activity.

I made up some examples at home 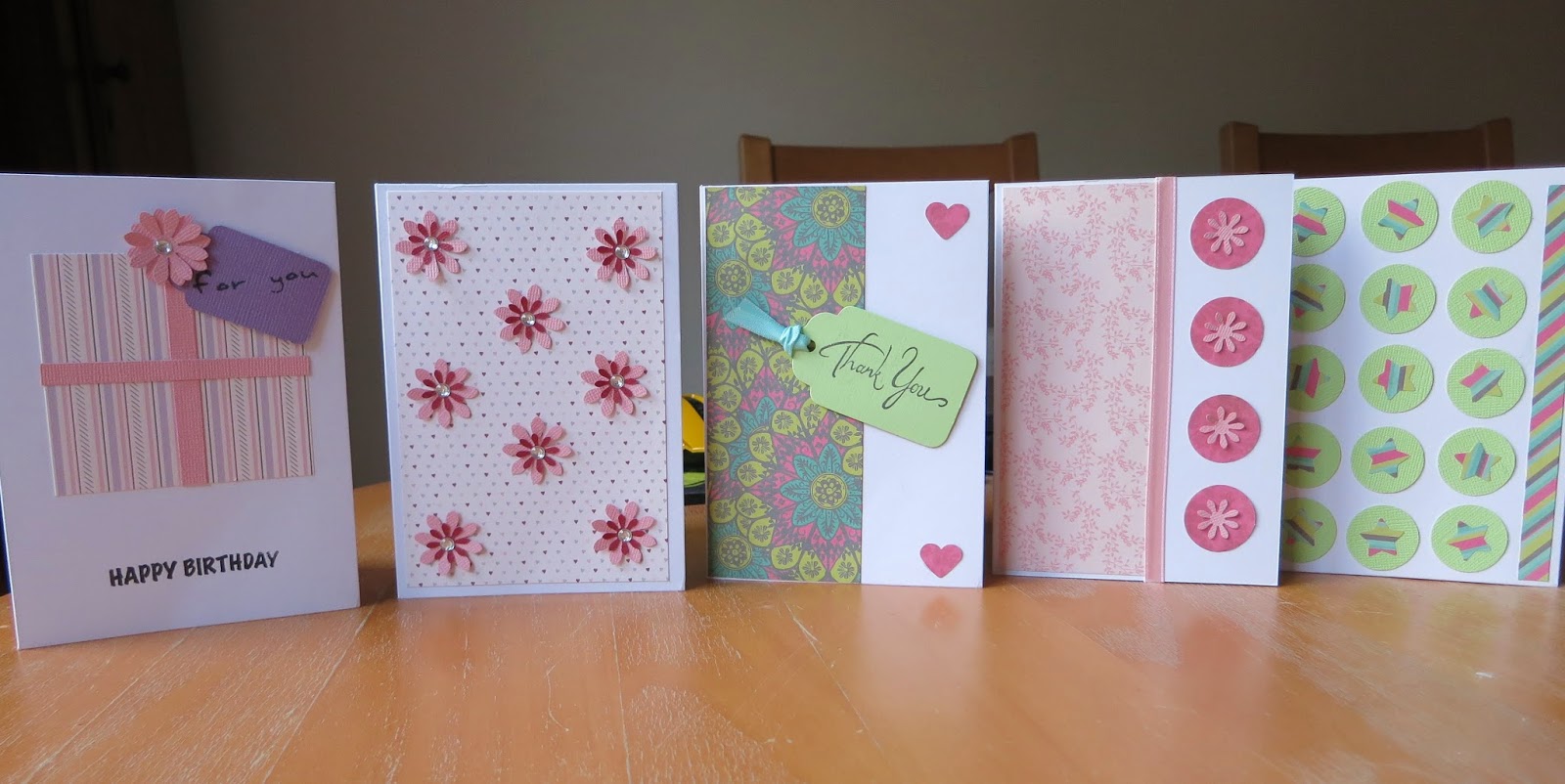 and then took all the bits along.  Just a couple of people made cards, I got to make a few more.  The morning appeared to be a real success, and I am sure as word gets round it will be well used by the local community..... now to think about what to do in two weeks time!

The weather has been glorious and so I have been able to take advantage and sit outside making a few more crochet bits ready for my next craft fair in June, spiders are the newest addition to my insect collection.... 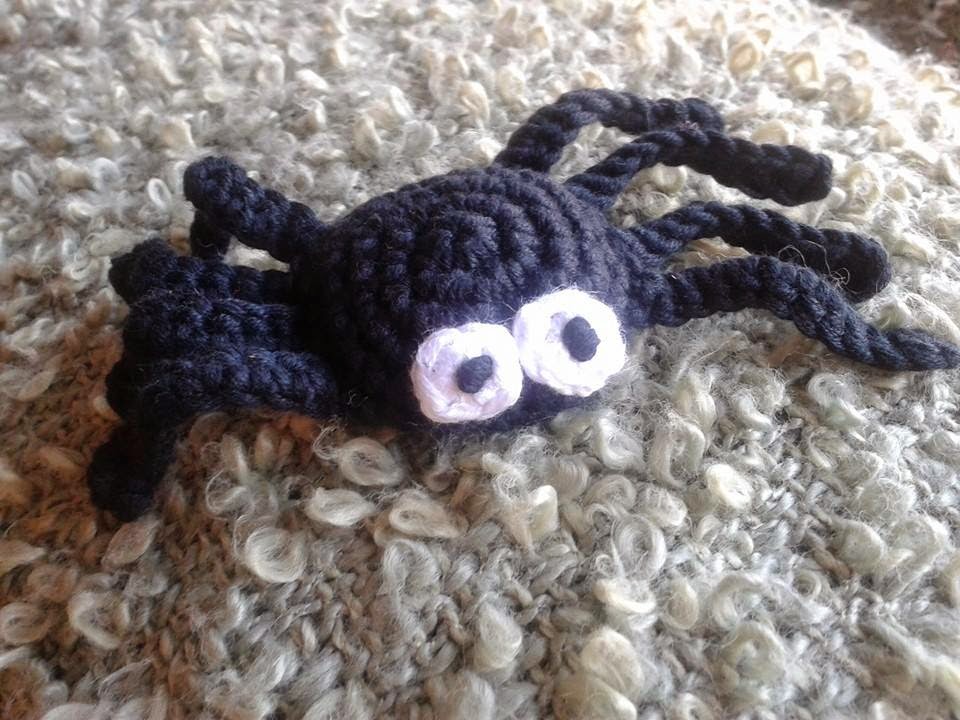 I have made this pattern up myself, as I did the ladybirds and butterflies and bees! 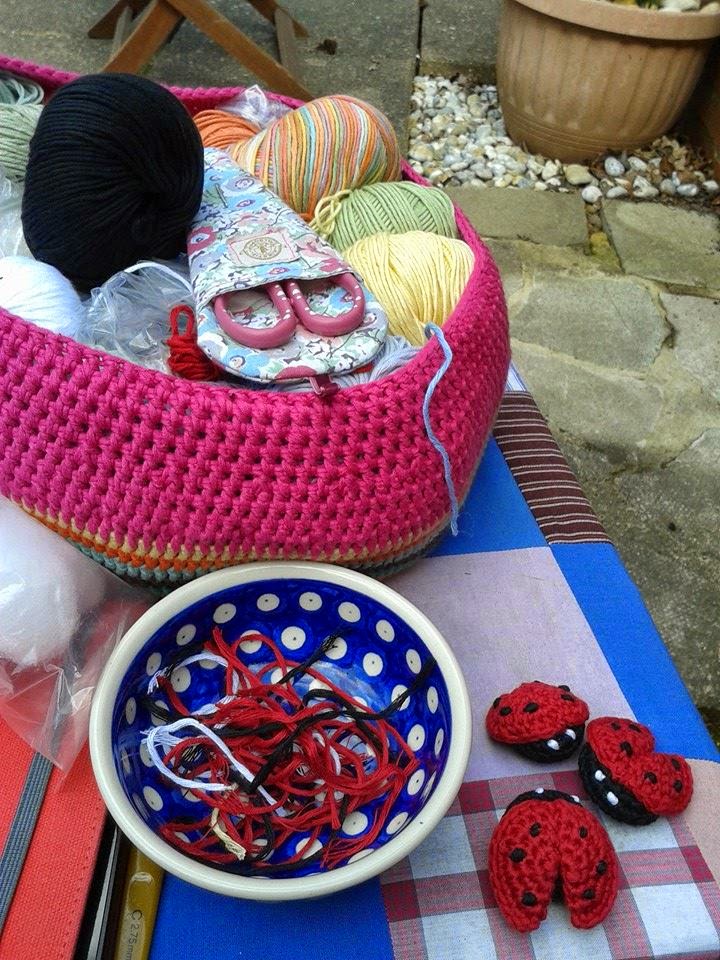 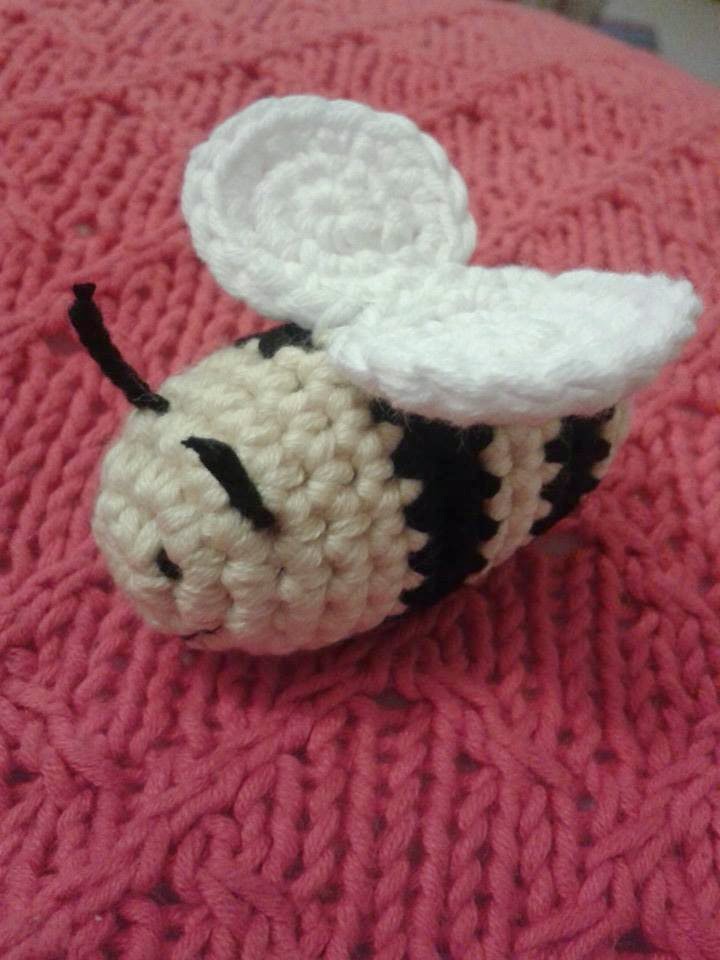 I have also managed to get another job completed.  A friend had asked me to re-cover her sofa cushions which had shrunk making them very uncomfortable.  We went and got the fabric, I sorted the zips and got on with it. 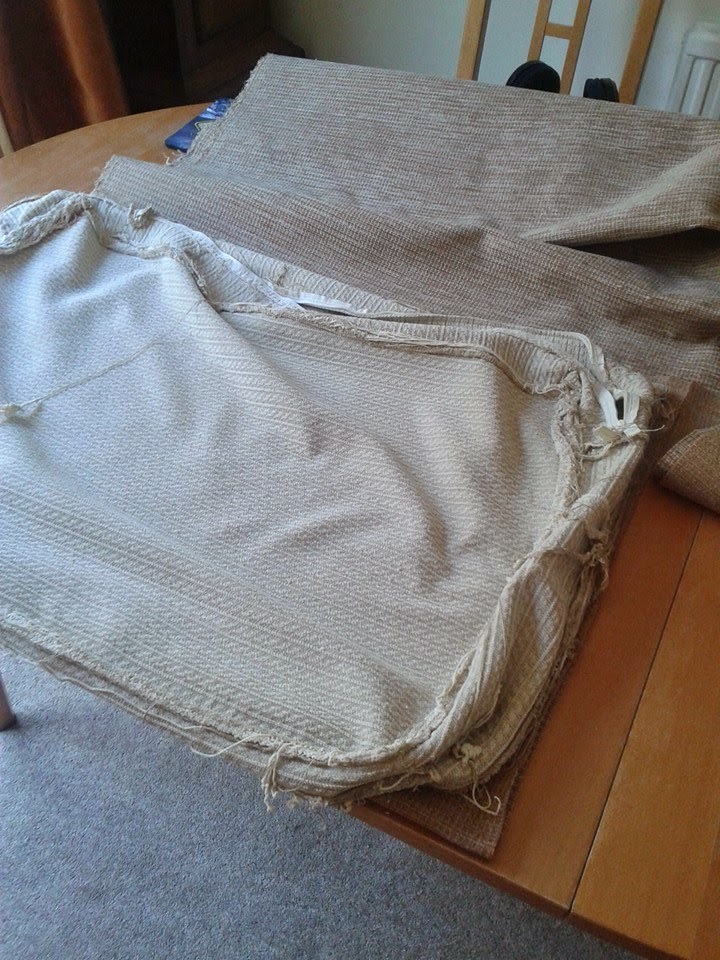 First I used the old cushion cover (the one that had been shrunk the least!) to measure out the pattern pieces.  Then whizz whizz on the machine and.... 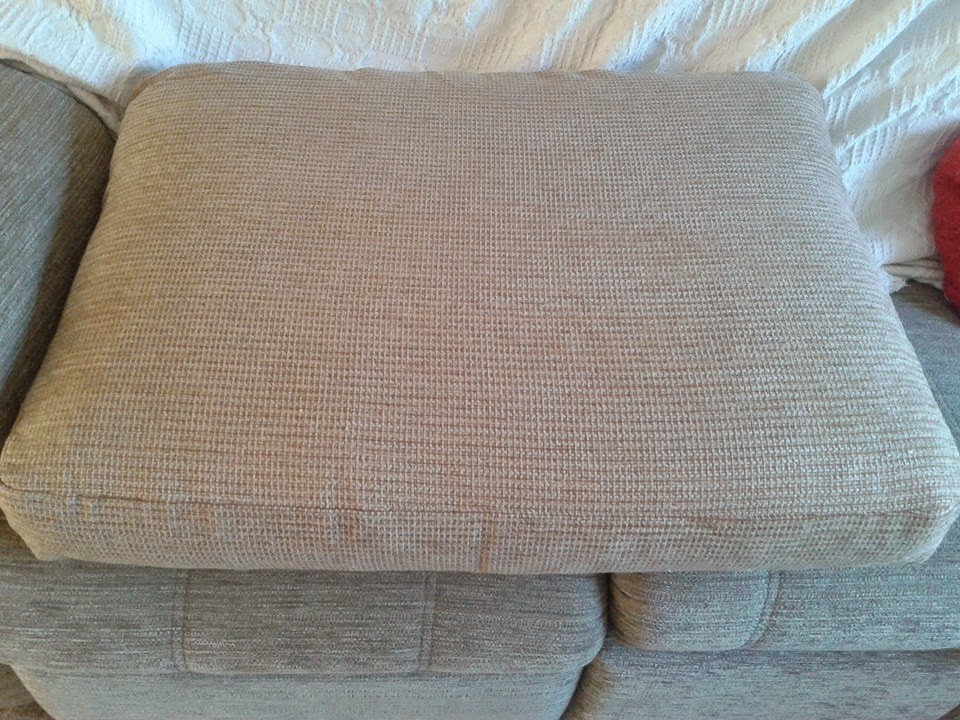 The first one fit!  I then got her to drop all the other cushions around and managed to get them all done in an afternoon and evening.  I then sneaked around to her house knowing she wasn't there but her husband would be and put them all in place so that she would be surprised when she got back. I think they look pretty good, there were four all together, her son thought they looked great and gave them his seal of approval.... before being chased off to bed :o).

Next on my jobs list is a clergy collared top.  There is also a wedding dress and small girls bridesmaids dress and two grown up bridesmaids dresses in the pipeline.  It is good to keep busy, I had another enquiry this morning as well so I am hoping that one might lead to another order - this time knitting!